Crew-2 successfully launches and docks to the ISS

NASA is attempting to fly a Helicopter on Mars this morning

SpaceX Will Intentionally Blow Up A Falcon 9 This Weekend.

Photo Credit USLaunchReport There are few things that spaceflight fans are more excited about this month than SpaceX in flight abort test. Currently scheduled for January 18th, the inflight abort mission will test the Crew Dragon’s ability to carry the capsule and its human occupants far from the rocket in the event of a catastrophic failure. Luckily for us (and somewhat unluckily for booster B1046.4) the separation will occur during the moment of most aerodynamic pressure, o

Credit: Kevin Quick Es'hail-2 SpaceX has successful launched its 19th cargo resupply mission to the International Space Station this afternoon. The Falcon 9 lifted off at 12:51 p.m. from Space Launch Complex 40 at Cape Canaveral Air Force Station. Atop the Falcon 9 booster was a Dragon cargo capsule with some 5,700 lbs of crew supplies and research. The uncrewed Dragon Capsule is making its third visit to the ISS. The first stage booster, B1059.1, is brand new. After launch,

Credit NASA SpaceX plans to launch its 19th cargo resupply mission to the International Space Station this afternoon at 12:51 p.m. Like all resupply missions, the launch window is immediate, meaning that any hold up due to weather problems, or a problem with the rocket itself will scrub the launch for the day. This will be the third trip to the ISS for this particular uncrewed Dragon capsule and the first use of this Falcon 9 first stage. Both will launch from Space Launch Co

SpaceX plans to launch a Falcon 9 Block 5 rocket tomorrow morning. Inside the fairing will be 60 Starlink satellites that will lay the (groundwork) for the (company’s) massive Starlink constellation program. These sixty satellites, along with another 11,540 planned satellites will bring internet to even the most remote places on earth by 2024. The company says it only needs a couple hundred to begin providing internet on Earth. SpaceX has recently applied for an additional 30

Photo: Richard Angle Last night at 6:01 PM EST SpaceX successfully launched the 18th resupply mission for NASA to the International Space Station. After two reschedules, a Dragon capsule on board a Falcon 9 rocket was finally able to launch. In two days the capsule will dock, and along with the usual supplies for the astronauts there are several experiments to be conducted using space’s harsh conditions, as well as microgravity. The weather leading up to today’s launch has be

SpaceX to launch twice-flown Dragon spacecraft to the ISS

On July 24th, SpaceX is sending up the Cargo Dragon on board a Falcon 9 rocket for the 18th resupply mission to the International Space Station for NASA. On board this mission are not only necessary supplies for the astronauts, but supplies for them to continue living in space. One of the experiments launching on this mission is going to hopefully help the medicine world. With the age of technology we are at today, there has long been plans to try and figure out a way to 3D p

As most may remember - On April 20th, SpaceX's Crew Dragon spacecraft exploded at their landing zones during the abort motor testing of the recently-recovered spacecraft from the DM-1 mission. This was meant to do tests of the abort system after recovery ahead of using that capsule for the In-Flight Abort test they had planned to do a month later. The explosion of Crew Dragon turned many heads and many people questioned the safety of Dragon. SpaceX and NASA have been working 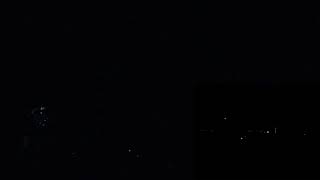 VIDEO: SpaceX Falcon Heavy launch and landings as viewed from the NASA Causeway

Videos: Ryan Bale Watch as members of the press photograph the launch of SpaceX's Falcon Heavy on the STP-2 mission carrying 24 payloads for the Air Force, NOAA, The Planetary Society, and more! Read more about this launch here! #FalconHeavy #SpaceX

Photo: Ryan Bale Tonight SpaceX’s Falcon Heavy rocket has launched for the third time, but on this Florida night there was a new milestone hit for this beast of a rocket. At 2:30 AM EST, three hours after the opening of the launch window, the Falcon Heavy had its first night launch from Cape Canaveral, Florida. On board this mission for the Department of Defense are 24 satellites for their first ever mission with a Falcon Heavy. According to SpaceX’s briefing on the launch, “

SpaceX launches the first batch of their Internet satellites

Photo: SpaceX On Thursday, May 23rd, SpaceX launched the first 60 satellites of their internet constellation using a flight-proven Falcon 9 rocket. These satellites are positioned in Low Earth Orbit (LEO) and are low enough to still be affected by Earth's atmosphere to passively deorbit quickly if there's an issue where a satellite becomes inoperable. After launch, the first stage separated and was recovered far out in the Atlantic Ocean after launching SpaceX's heaviest payl
12
3
45